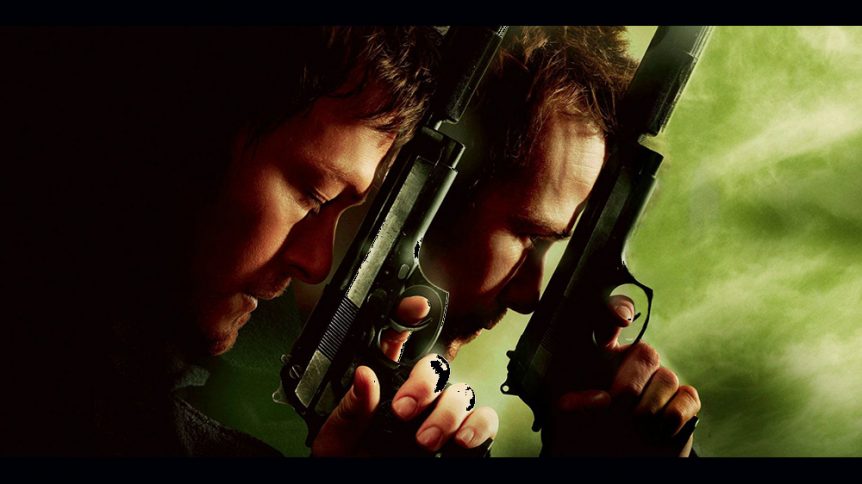 Galatia Films is proud to announce a new partnership with acclaimed LA screenwriter and film director Troy Duffy. Originally hailing from Boston, Troy is a highly recognized American filmmaker and musician. His two most popular films have both become cult classics. Within the Boondock Saints universe, The Boondock Saints and its sequel The Boondock Saints II: All Saints Day both have performed extraordinarily well with sales in the hundreds of millions. The Boondock Saints starring Willem Dafoe (Spider-Man, Justice League), Norman Reedus (The Walking Dead) and Billy Connolly (Brave, The Hobbit) really put the successful films on the map indefinitely.

“Troy Duffy’s ability to laser-beam focus on what matters most when it comes to writing unparalleled plot and characters is what really drew me to him”, stated Galatia Films’ executive director Daniel McNicoll upon the announcement of their collaboration. Troy will begin his work on Galatia’s Glastonbury: Isle of Light the up-and-coming feature with Lord of the Rings filmmakers Sir Richard Taylor and Grant Bensley along with famed Tolkien illustrator John Howe and the stunt teams behind The Matrix and The Dark Knight Rises. Head of Acquisitions at Galatia Scott Raulie explains, “This is a superb project to start with but we are also very excited to be developing some of Troy’s new projects and stories as well”.

Recently Troy was on the popular film podcast IFH with Allex Ferrari announcing his future work on Glastonbury along with discussing the wild story of his rise to fame and the tribulations that followed. During the interview he announced the new partnership with Galatia while also building further fan interest in his new projects.

Galatia Films is set to begin pre-production on Glastonbury within the Q2 of 2021 with a production start date set in Turkey during autumn of the same year with a hopeful winter release of 2022. The Historical epic detailing the birth of the Holy Grail legends and also featuring Star Wars casting director Robin Gurland will be a perfect fit for Duffy’s style and fortitude. Troy stated, “I am delighted to start work on something as epic as Gladiator and Braveheart with the potential to really become something profound. I am excited to start work on Glastonbury “. To read more about Troy Duffy’s legacy as a writer and his future work with Galatia, see the detailed article below.