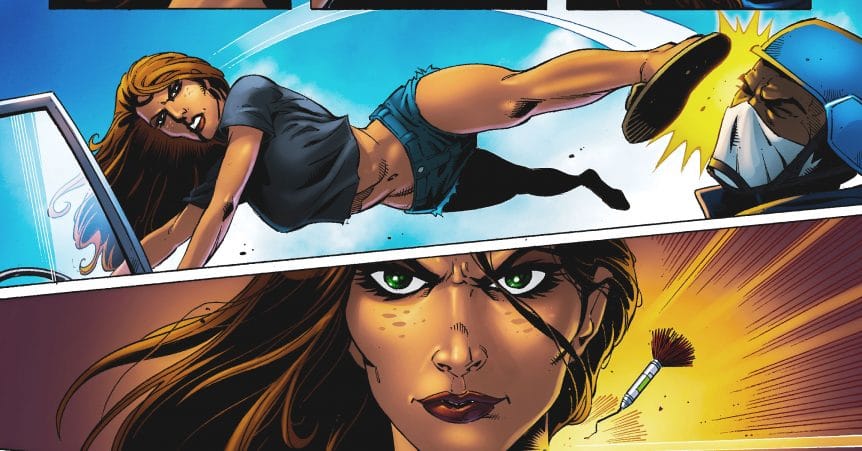 Atlanta, GA, July 3, 2019 – Galatia Films has teamed with Viral Films Media to produce a new live-action superhero movie taking place within the ALT-HERO comic book universe created by Vox Day. Legendary comic book writer Chuck Dixon is writing the script with the well-known epic fantasy novelist and game designer. “Supporting independent projects that are pushing the boundaries of what’s possible from a storytelling perspective is what drives us”, stated Galatia Films executive director Daniel McNicoll. The project leaders plan to give audiences a voice and a vote with regards to what they see at theaters.

“Rebel’s Run” will feature the break-out superhero from Arkhaven Comic’s groundbreaking ALT-HERO series, Shiloh Summers, better known as Rebel. Rebel’s tenacity, loyalty, and defiant attitude have made her a fan favorite, and inspired the creators to focus on her in the debut film in the ALT-HERO cinematic universe. Whereas Hollywood is relying upon very old comic franchises, offering sequel after sequel based on characters created well over a half a century ago. VFM and Galatia are producing a film based on a totally new constellation of comic book stars. In little over a year, the ALT-HERO comics have developed original and exciting characters, compelling storylines, and controversial themes that will rock the culture. Producer McNicoll’s connections and experience with top fantasy properties began with his film promotional work on the “Star Wars” and “Lord of the Rings” franchises. Director Scooter Downey, who will direct “Rebel’s Run”, has worked with many talented actors and scripts. Most recently, Downey co-produced the highly anticipated and acclaimed independent feature documentary “Hoaxed”.

Scriptwriter Chuck Dixon is the most prolific comic book author of all time with over 40,000 pages of published comics to his name. The co-creator of popular Batman villain Bane and “Birds of Prey” and a lead writer on “The Punisher”, Chuck also wrote the best-selling graphic novel adaptation of “The Hobbit”. “This is our chance to change the future of cinema and be a part of something big,” said Dixon.

Vox Day is the creator of ALT-HERO and is co-writing the script with Dixon. He has been nominated for the Hugo and Dragon awards for his fiction, is the lead editor at Castalia House, and is the bestselling author of 16 books. Vox is also a multi-platinum-selling computer game designer and a founder of 90’s techno band Psykosonik, whose music appeared in various video games and the Mortal Kombat movies. When asked for comment on his first foray into feature films, Vox stated “All your superhero are belong to us.”

Pre-production on “Rebel’s Run” is set to begin this fall with a shooting scheduled for late 2019/early 2020.