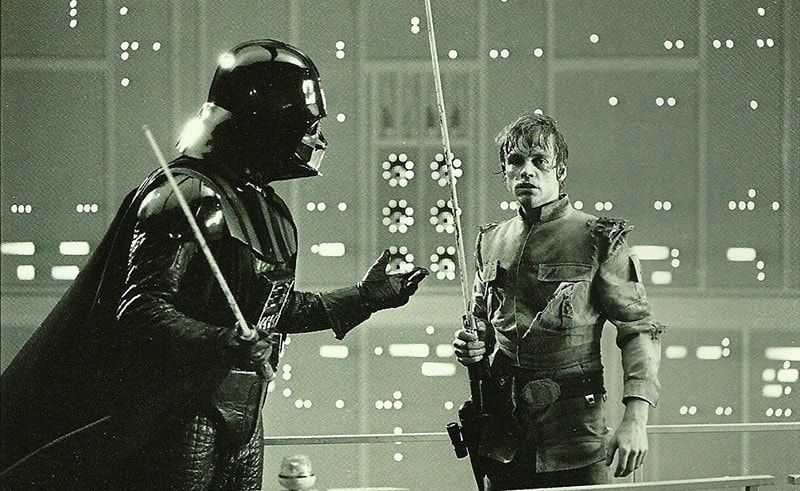 Bob Anderson, British actor and former Olympic fencer for Great Britian, was called upon to help out on Errol Flynn‘s Master of Balantree. This was his entry into the movie business. Arranging the “Star Wars” light saber duels in “Empire Strikes Back” and “Return of the Jedi”, Anderson additionally performed all the fighting sequences as Darth Vader.

Perhaps the most famous sword master and choreographer, Bob Anderson has worked on “Pirates of the Caribbean: The Curse of the Black Pearl”, “Star Wars”, “The Lord of the Rings” film trilogy, “The Three Musketeers”, “The Mask of Zorro”, “The Legend of Zorro”, 007’s “Die Another Day”, “The Princess Bride”, among many others.