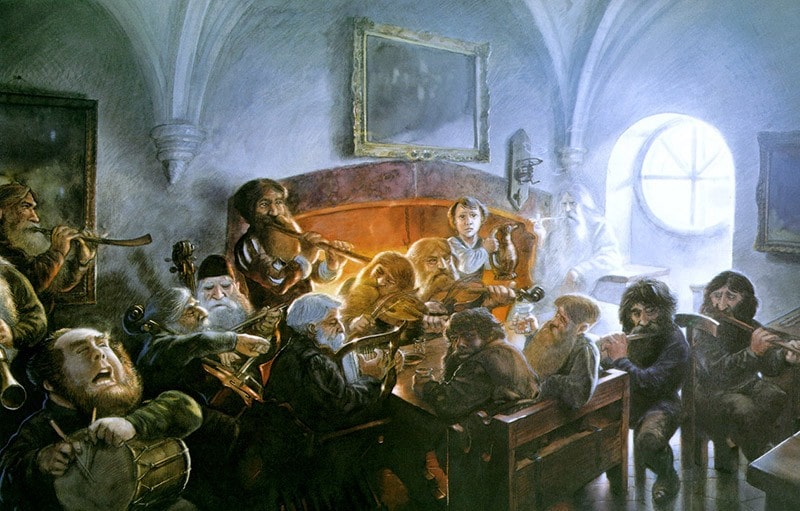 John Howe has invited Galatia Films out to his home in picturesque Neuchatel, Switzerland for an exclusive interview for “Reclaiming the Blade”. The famed illustrator gained international attention as Conceptual Designer for “Chronicles of Narnia” and with Alan Lee for “The Lord of the Rings” trilogy.
Our UK crew, led by Stuart Aimer as cinematographer, traveled to Switzerland  to shoot this exclusive. John Howe’s impressive designs and talents will be utilized on Galatia’s forthcoming epic “Glastonbury: Isle of Light”.

John Howe is a book illustrator and conceptual designer best known for his work based on J. R. R. Tolkien’s worlds. Howe and Alan Lee worked together as  designers on Peter Jackson’s “The Lord of the Rings” movie trilogy. Howe also re-illustrated the maps for “The Lord of the Rings”, “The Hobbit”, and “The Silmarillion”.

His work is however not limited to this, and includes images of myths from Arthurian legend and “Beowulf”.  John Howe also contributed as a Conceptual Designer to the film adaptation of “The Lion, the Witch, and the Wardrobe” by C.S Lewis. Much more can be found at http://www.john-howe.com/blog/