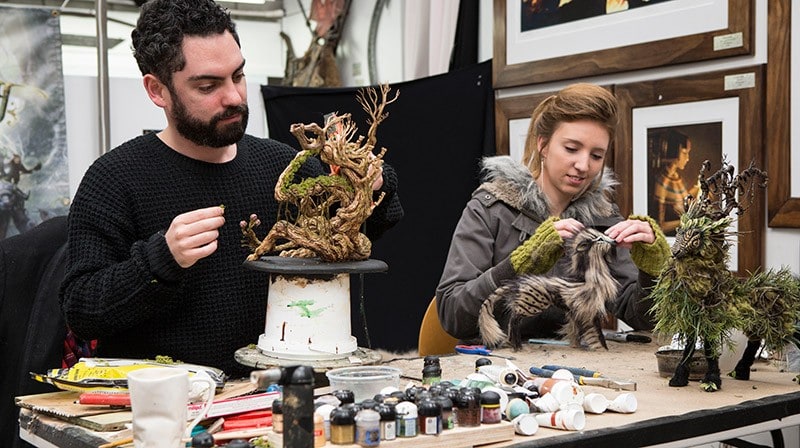 Galatia Films teams with Weta Workshops for an exclusive with director Sir Richard Taylor. This shoot will include high-definition cutaways of some of Weta’s most brilliant pieces. The New Zealand based company, founded along side Peter Jackson, produced award winning swords for “The Lord of the Rings”, “Master & Commander”, “Kingdom of Heaven”, “Narnia” and “The Last Samurai”.

Weta Workshop’s output came to worldwide prominence with director Peter Jackson’s film trilogy “The Lord of the Rings”, producing sets, costumes, armour, weapons, creatures and miniatures. For his work on the three films, he shared in winning four Academy Awards. This included two for “The Fellowship of the Ring” in Make Up and Visual Effects, and two for “The Return of the King” in Costume Design and Make Up.

Weta Workshop also worked on “The Chronicles of Narnia: The Lion, the Witch and the Wardrobe”. Richard Taylor and his crew designed and built all the armor, weapons and special props for the film. The company was also heavily involved in the making of Peter Jackson’s interpretation of “King Kong” for which he won his fifth Academy Award, in Visual Effects. Insightful interviews and details on the blockbuster bladesmith process to be included within the film. Stunning High Definition video of certain Weta Workshop pieces will also be featured.