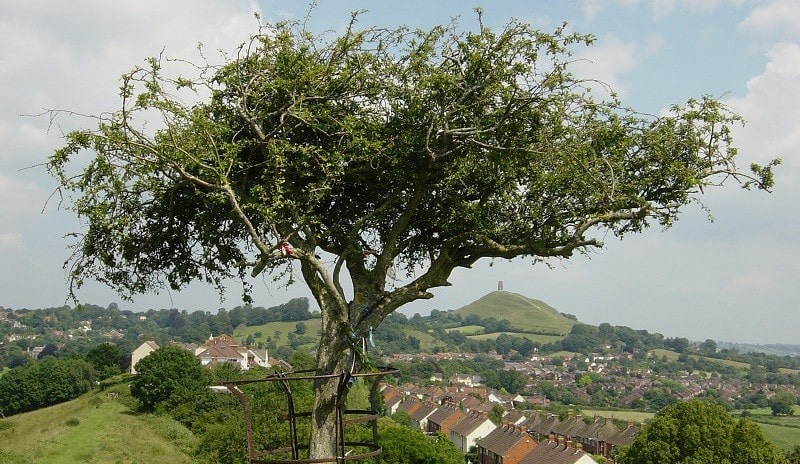 The new Holy Thorn is not one of the young saplings of the vandalized tree. They are still under the nurture of the Royal Botanical Gardens at Kew.  However,  the Thorn is of the lineage of the Glastonbury Holy Thorn and came from Thornhayes Nursery in Devon, whose parent tree came from Glastonbury Abbey via Oxford Botanic Garden.

The Vicar of Glastonbury gave a blessing, linking the young tree to its past and thus creating a new Holy Thorn. A large and sturdy guard has been placed around the young tree. When asked why it was such a low key event, a reply was, “Because it would be a media circus and this is about Glastonbury.”  I agree. Though it might seem that the whole community could have been involved, it brings to mind the planting of the present vandalized tree. A tree was first planted on that spot in a ceremony to mark the Festival of Britain in 1951.  It didn’t take so the 2nd one (current vandalized one) was planted on New Year’s Eve at the stroke of midnight by one solitary chap! And so the ‘Glastonbury Story’ continues!