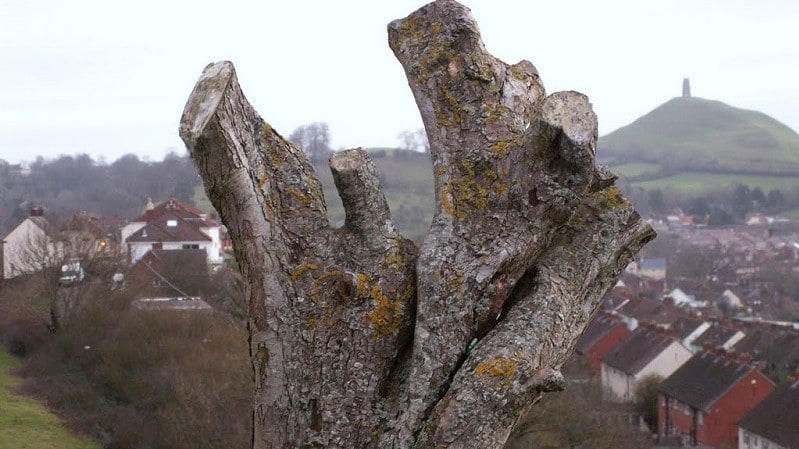 A Holy Thorn tree planted to replace the one destroyed by vandals in 2010 has also been damaged.

The new tree, planted at Wearyall Hill, Glastonbury, on April 1 to represent one of the UK’s most important symbols of Christianity, has been reduced to an 18 inch stump.

Supporters have said whoever is carrying out the acts will “never destroy what is in people’s hearts and hopes.”

The original Glastonbury Holy Thorn tree, famous for its link to St Joseph of Arimathea,  held a special significance for Christians across the world and was regarded as sacred by many others.

The pilgrimage site in Somerset is visited by thousands of people every year and those who visited the original stump in December 2010 were reduced to tears.

The Glastonbury community awoke on Monday to find the new Holy Thorn had also been severely damaged.

Morgana West, manager of the Glastonbury Pilgrim Reception Centre, said: “Mindless as it seems, they can never damage the Glastonbury Thorn. More than just a tree, it is a symbol of the good things in our community and in the wider world around us. Whilst there are those who might hack away, they can never destroy what is in people’s hearts and hopes.”

Shockwaves rippled around the community when the original Holy Thorn, which had stood on Wearyall Hill since 1952, was vandalised with a chainsaw during the night of December 8, 2010.

The replacement thorn, which had been blessed in a special ceremony was protected by a metal cage but this proved ineffective in protecting it.

While not from the 1952 tree, the new thorn was from the lineage of the original. It is said to have grown from the staff of Joseph of Arimathea, uncle of Jesus, who is believed to have come to Glastonbury following the crucifixion and established the first Christian Church in the country.