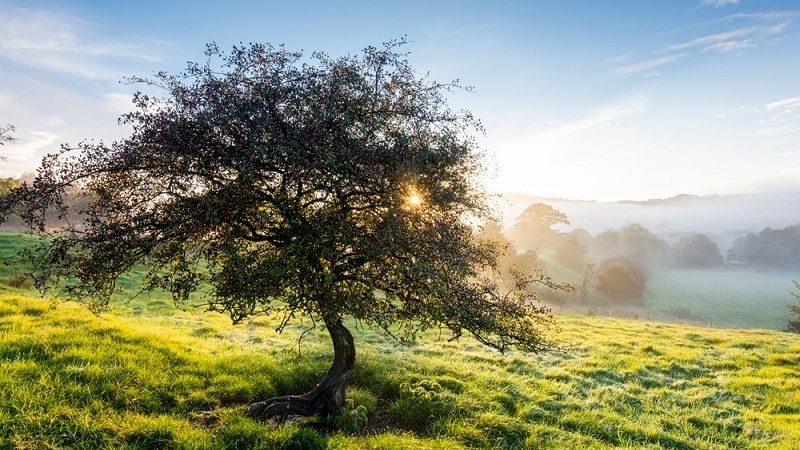 Galatia employs no arborist, botanist, agriculturist… nor any kind of ‘ist’ related plant life but we did find this quite interesting, and in fact happen to spend some time  in a friend’s garden who knows a thing or two about green things, it’s his job after all at the local university. He kindly explained a bit of this… very fascinating how the original genetics of one tree variety can be passed down and preserved so carefully without any seeds so to speak! Unbelievable… and considering it relates to our favorite tree in the world and our soon to be launched film project “Glastonbury Isle of Light”, we thought you would enjoy the article!

Horticulture students at Norton Radstock College are growing a tree associated with the arrival of Christianity in Britain.

They will be propagating cuttings from the Glastonbury Thorn – a rare species of hawthorn, which flowers twice a year, once in winter and again in spring. Ordinary hawthorn trees only flower in the spring. The tree is associated with legends about Joseph of Arimathea, thought to be the great uncle of Jesus who, according to the Bible, donated his own tomb for Christ’s burial.

The rare species of hawthorn has been growing on the college site for years after being propagated from the original thorn in Glastonbury and is believed to be one of the only examples of its type outside the town. This summer the students will be grafting cuttings on to root stock to ensure the continued survival of the plant.

Kevin Connell, senior curriculum leader for land-based studies, said: “The thorn looked after by the college was donated years ago by a student. We don’t know of any others outside of Glastonbury and we have got a very healthy example.

“We have a propagation programme and will graft several saplings using wild hawthorn and quince. The root stock will give the new growth additional vigour and overcome disease.

Hawthorn trees in the Glastonbury area have been propagated by grafting since ancient times because the plant cannot be grown from a berry. Many gardeners have tried to grow the Glastonbury Thorn from seed and direct cuttings but all attempts reverted to the normal hawthorn type, flowering only in spring.

Once the trees have grown, one of the saplings will be given to St Peter’s Church, Westfield in 2013 to mark the silver jubilee of its consecration. The decision by the college to try to propagate from the tree comes weeks after an attack on the sapling which had regrown at Wearyall Hill in Glastonbury. This followed vandalism of the previous Holy Thorn in December 2010.

The original thorn was cut down and burned as a relic of superstition during the English Civil War and was replaced in 1951 with a tree propagated from the original. The grounds of the abbey in the town also boast an example of the thorn as does St. John’s Churchyard, from which a sprig is sent to the Queen every Christmas.

After the crucifixion of Jesus, lore has it that Joseph of Arimathea came to Britain, bearing the Holy Grail – the cup used by Christ at the Last Supper and later by Joseph to catch his blood at the crucifixion.

The legend of the thorn comes from when he arrived at what is now known as Glastonbury. It is believed he climbed Wearyall Hill and leaned on his wooden pilgrim staff. Then a miracle happened; the staff put out roots, shoots, branches and leaves becoming the first Holy Thorn in Glastonbury and Joseph decided that was where Britain’s first Christian church should be sited. It is said the Holy Thorn flowers at Easter for the resurrection and at Christmas for the birth of Christ.