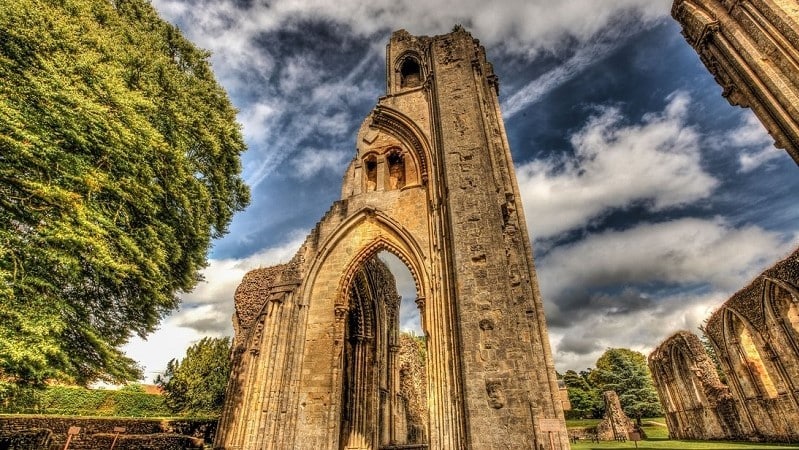 Generous supporters of Glastonbury Abbey have taken the appeal fund through its first milestone in just four months. The appeal to raise half a million pounds to rescue its ruins was launched in May by asking everyone living or working in Somerset to give just £1. In August we asked people to donate an additional pound on entrance ticket prices and gift aid the donation.

Janet Bell, acting director of Glastonbury Abbey, said she is thrilled by the support received for the appeal. “It has been a fantastic response particularly when you consider the current economic climate. We have been touched to see donations from all generations including children putting a few pennies in a collection box to receiving large cheques in memory of loved ones.

“Every donation really does count as the appeal will be securing Glastonbury Abbey’s ruins for future generations,” she said. Viridor Credits Environmental Company has awarded the Abbey a grant of £280,000 through the Landfill Communities Fund towards the Abbey Kitchen project to conserve and enhance the building – the appeal will fund the remaining costs.

The work will fund conservation work and enhance the visitor experience to the Abbey in the following areas:

The North Wall – the oldest standing part of the Abbey dating to the Norman period.
The Lady Chapel, Crypt and Galilee – the magnificent remains will be conserved and the crypt enhanced for future use
The Abbot’s Kitchen – an iconic building and a very rare survival in Europe of a medieval monastic kitchen.

Everybody who donates will be recognized whether they give one pound or more with all names recorded on an online wall. Exciting events are now being planned to further boost the appeal and provide entertainment for visitors with full details to be announced soon.

Find out more at www.glastonburyabbey.com/rescueourruins