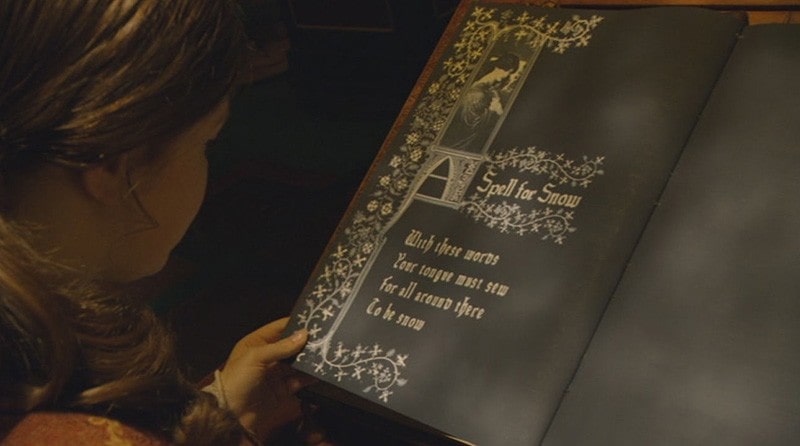 From our Executive Director Daniel McNicoll

This will be a three part essay taking an in-depth look at Avalon and Glastonbury’s influence over two great literary geniuses of the past century, C.S. Lewis and J.R.R. Tolkien. The first of these articles will focus on Lewis, the second Tolkien, with the third a summation and analysis of Glastonbury’s further influence.

Professors and friends C.S. Lewis and J.R.R Tolkien together have written some  of the greatest fantasy literature of our time. One would be hard pressed to estimate the influence and inspiration these writers have had on other authors, and yet sometimes we forget to ask, what specifically inspired them? Many would agree that both fantasy writers had a good solid understanding of the legends, myths and folklore that permeated their historical writing societies and indeed the land that they were from. Tolkien and Lewis wrote in a different age from our own, one not ruled by the television or YouTube but rather one with a greater standard and mastery for research while writing. Both were highly educated and reliable teachers. When it came to his craft in creating full and richly detailed worlds, Tolkien was a true master, and when developing mesmerizing allegorical stories, Lewis was the solid expert. It is hard to find their equal then or today and while we ponder the vast number of modern fantasy writers who knowing and/or unknowingly pay homage to both of these storytellers, we are astounded by their legacy.

When considering the Glastonbury legends that Lewis was familiar with, it is intriguing to look at one of his greatest works of fiction, The Chronicles of Narnia. Much could be said for these amazing books but for our purposes I wish to focus on one particular passage that reveals something quite special, a section that stands out as a significant yet overlooked nod to the Somerset and Avalon legends.

Somewhere tucked away in the middle of Lewis’ epic seven part saga lies a reference to Glastonbury. In the middle of The Voyage of the Dawn Treader, near the center of the novel we come to Chapter 10, The Magician’s Book. What we find here is a reference to “the loveliest story” which is sort of a story within a story, and it is claimed to be “the loveliest story ever read or ever shall be read”. One might ponder what this lovely story may be, a tale that Lewis was so enamored with that he gave acknowledgment and mention at a most significant turning point in the larger adventure.

A little background is necessary. I won’t bore you with all the details and no doubt many of the readers here are already familiar with the story of Voyage of the Dawn Treader, nevertheless for those less versed in Lewis, allow me to recap just a bit leading up to the “loveliest story” so as to set the scene. It involves one of my favorite characters in the series, Lucy Pevensie, and it begins with her being sent into the Magician’s quarters by the Duffers, who eventually tire of being invisible, and coerce Lucy into reading the spell that makes them visible again (the spell could only be read by a young girl).

Lucy eventually reads many things from the magic spell book as she wrestles with her own personal demons. She searches through the magician’s book for the right spell to make all visible and while doing so she comes across many other interesting spells. Just prior to the reference to the “loveliest story”, Lucy has a hard time dealing with her own fears and self-doubt. At one point she confronts a vision of her older sister, whom she feels is much prettier than herself and also an old schoolmate that she is convinced seriously betrayed her, so much so that eventually a great tear falls from Lucy’s face upon the page. At this point she discovers a special magic spell that is really more of a wonderful tale than an enchantment… let me quote from Lewis:

On the next page she came to a spell “for the refreshment of the spirit”. The pictures were fewer here but very beautiful. And what Lucy found herself reading was more like a story than a spell. It went on for three pages and before she had read to the bottom of the page she had forgotten that she was reading at all. She was living in the story as if it were real, and all the pictures were real too. When she had got to the third page and come to the end, she said, “That is the loveliest story I’ve ever read or ever shall read in my whole life. Oh, I wish I could have gone on reading it for ten years. At least I’ll read it over again.”

But here part of the magic of the Book came into play. You couldn’t turn back. The right-hand pages, the ones ahead, could be turned; the left-hand pages could not.

And even this last page is going blank. This is a very queer book. How can I have forgotten? It was about a cup and a sword and a tree and a green hill, I know that much. But I can’t remember and what shall I do?“

And she never could remember; and ever since that day what Lucy means by a good story is a story which reminds her of the forgotten story in the Magician’s Book.

The next spell, after this wonderfully forgotten story that beautifully breaks and distracts her from all self-doubt, is the “spell to make all hidden things visible”. At this moment Aslan stands at the doorway and Lucy rushes to hug and kiss him. It’s a beautiful scene tucked away in a book with such profound metaphor. I would encourage readers to go back and read the whole chapter again. Let’s take a look at that wonderful imagery of “the loveliest story”. Upon first reading one might casually glance over this section and not think much of it, for many I suspect have done just that. Nevertheless, armed with the knowledge that Lewis left very little to chance and considering the deeper aspects of his writings, i.e the greater you examine his them the more arranged and designed they become, we should sincerely look at this passage again, considering its symbols. As Lucy said, “It was about a CUP and a SWORD and a TREE and a GREEN HILL, I know that much.”

What could these 4 items culminate in that Lucy stumbled upon? Let’s briefly take each of these items in turn and put them together and discover where they transport us.

However it might be prudent to first ask if Lewis ever included real world subjects within his books? The answer is yes. As in the case of Narnia we deal with a period of history where the children are first whisked away to Narnia during the Second World War, something very familiar to us. Also the not so subtle allegorical references to Christianity, a real life religion, and so here I believe we have more of the same; a similar reference to a real world legend.

So what is the cryptic message of these seemingly unrelated magical objects within the story? When considering perhaps the greatest, most well known legend from western civilization the legends of King Arthur, Avalon, Joseph of Arimathea and the Holy Grail, we slowly see a picture emerge just as it did for Lucy.

So we have “a cup” in reference to the Holy Grail, “a sword” in reference to the most famous sword of all, Excalibur, King Arthur’s sacred sword used on his quest to find the Holy Grail or sacred chalice/cup along with his knights of the round table. Then there is “a tree”, which quickly springs to mind the Glastonbury Holy Thorn, that legend tells sprung from the magical staff of the keeper of the Holy Grail, St. Joseph of Arimathea. And so finally upon the fourth and last symbol “a green hill”, sits then as today this very special Holy Thorn tree, perched atop a quite famous green hill, indeed the very same referenced in William Blake’s well known poem, And did those feet in ancient times, also known as Jerusalem, in which the Glastonbury’s legends are retold in solemn esteem. It is worthy of note that this poem, set to music by Sir Hubert Parry in 1916, is Britain’s most beloved unofficial national anthem (more on that in my final article in this three part series).

Thus it would seem Lucy’s “most loveliest story” is in fact the story of ancient Avalon or Glastonbury, for what else could it be? Once we have all the pieces together they align and overlay with the Arthurian Legends quite remarkably, and such legends are in fact some of the greatest stories and myths ever told or recorded, filled with metaphors within the history itself regarding the defense and discovery of Christianity in Britain.

Regarding the first symbol, in Arthurian romance, a number of explanations are given for Arthur’s possession of Excalibur. The 12th century writer who is best known as the author of the poems Joseph d’Arimathe and Merlin, Robert de Boron, wrote about many details of Arthur obtaining the throne by pulling a sword from an anvil embedded within a stone. With the burial of King Arthur at Glastonbury and the sacred Glastonbury Abbey Ruins shadowing the most famous of all trees of England, combined with the power of the Holy Grail mythology and its protector Joseph of Arimathea, it is by no mere coincidence that they are all present within Lewis’ reference to “the greatest story”.

Joseph of Arimathea is the key and central figure of the Glastonbury Legends as history and mythology record him arriving in first century Britain with the sacred chalice at Wearyall Hill, a most famous green hill in Glastonbury just behind the Tor, with the cup becoming the raison d’etre of both Arthur and his knights. Thus the Legends of Avalon, the ancient name for Glastonbury, are quite strong. It should also be noted that Joseph of Arimathea was written about by many classical and historical writers throughout the ages, second only to Christ in the medieval literature.

It’s interesting to point out how Lewis’ “loveliest story” was forgotten and this too describes Glastonbury as it can in many ways be considered a lost saga. Certainly Glastonbury as Avalon is a very significant and magical place, one that truly captures the imagination. How could it have been possible, while just outside Lewis’ backdoor, to have escaped and not impressed the mind of one of the greatest imaginations of our time?

Can we remember it? Lucy tried to… and only faintly was she able, but it left an impression on her. Quoting from Voyage of the Dawn Treader once more:

And she never could remember; and ever since that day what Lucy means by a good story is a story which reminds her of the forgotten story in the Magician’s Book.

It has left an impression on me, and I hope for you as well, just as it has indeed inspired many others down through the ages, all the more important as we endeavor to bring this brilliant story from lost legends and myths back to life – When we make hidden things visible again, a magic spell “for the refreshment of the spirit”.