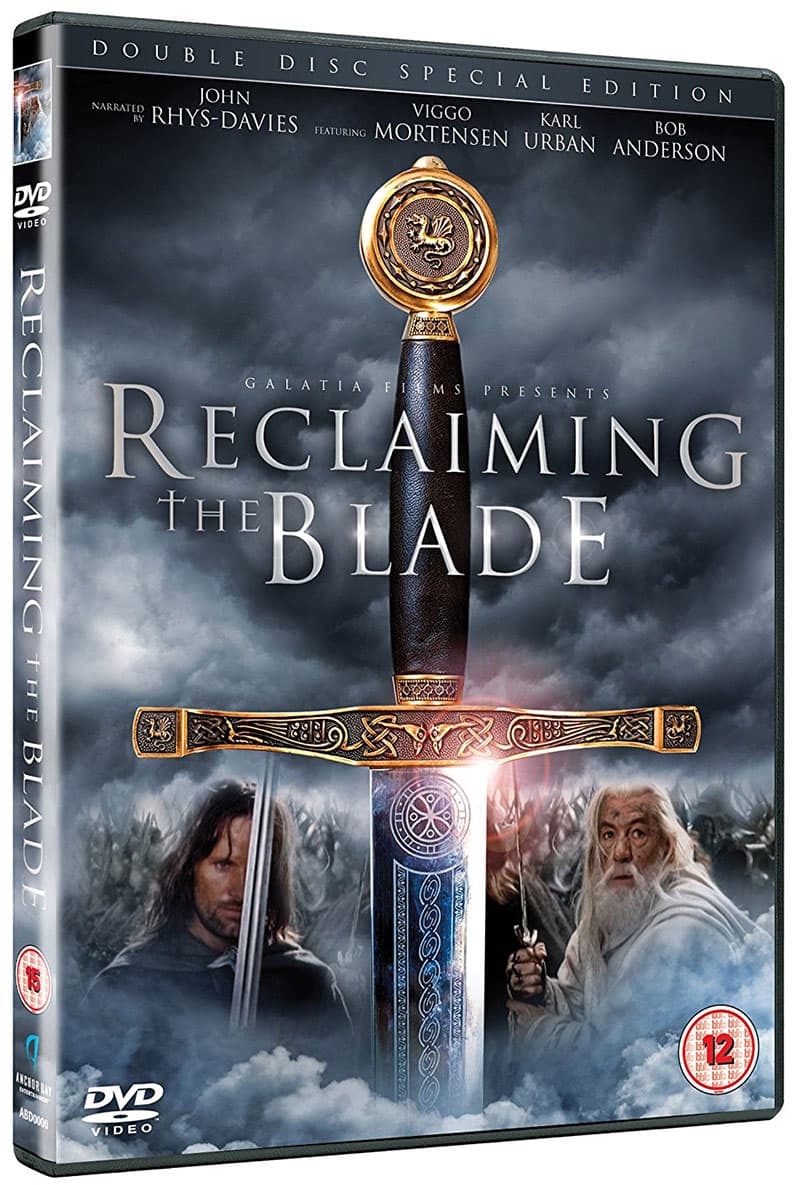 Reclaiming the Blade (Review)
By: John Latchem of Home Media

Though at first glance “Reclaiming the Blade” appears to be yet another tie-in to “Lord of the Rings,” it actually is a complex and excellent documentary about the history and symbolism of swords and the glory inherent in sword-fighting.

Director Daniel McNicoll’s film touches on Hollywood’s love affair with the elegance and romanticism of swordplay. From Errol Flynn to “Pirates of the Caribbean,” and even the lightsabers in “Star Wars,” the sword has come to represent the heroic spirit of adventure and the struggle for justice. Reclaiming the Blade posits the use of swords in modern popular culture sparked a resurged interest in the European martial arts.

The movie uses animation to depict the story of swords, bridging the gap between interviews with actors and filmmakers who have been involved in so-called “sword and sandal” epics, including Viggo Mortensen, Karl Urban and legendary swordmaster and fight choreographer Bob Anderson. Adding to the flavor is a glimpse at swordplay re-enactments in the form of live-action role-playing as a way to continue the medieval traditions.

With its sense of tradition, Reclaiming the Blade is a wonderful viewing choice not only for film fans, but history buffs as well. Narrator John Rhys-Davies’ distinctive brogue perfectly fits the subject matter, adding instant credibility and a sense of class to the proceedings.

Rhys-Davies’ own experiences with swords are recounted in the commentary, which includes a particularly nasty anecdote about getting stabbed in the eye during a performance of Macbeth.
The second DVD includes a few deleted scenes, more than an hour of training videos and a number of featurettes to further enlighten viewers. Highlights are a profile of the Weta effects workshop, a sword classification guide and a segment about how blades are forged. Most curious is an exclusive glimpse at the “New York Jedi,” a short film about costumed sci-fi fans who take their unique brand of lightsaber-based martial arts to the streets.