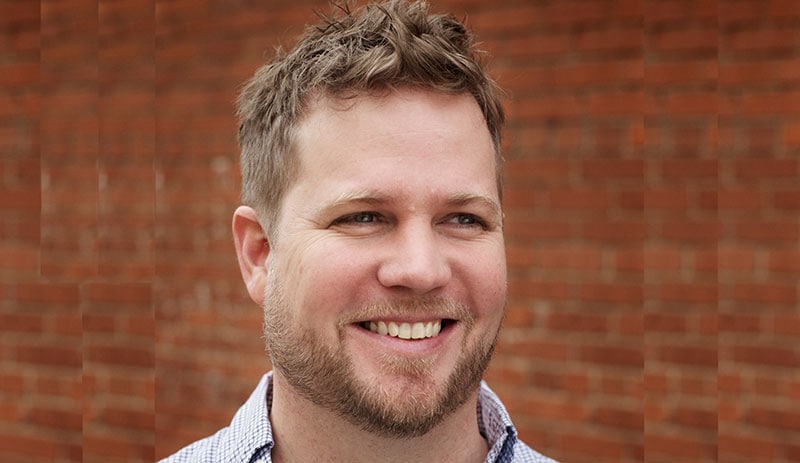 “Star Wars” and “The Lord of the Rings” are two of the most widely appealing film series in history. While they share many common elements, there is little argument that knights and swords sit at the core of each. The Jedi masters and their sabers – the weapon passed from father to son – share many common elements with Aragorn and his ancestral heirloom weapon in J.R.R. Tolkien’s Middle-earth.

The sword, in whatever form, remains an important feature in cultures around the globe. It is a symbol of the warrior in an age when many of us never need to fight anybody. Daniel McNicoll has directed a documentary, “Reclaiming The Blade,” that explores the sword and its standing in contemporary society and uses many examples from popular culture to do it.

Narrating is the incomparable John Rhys-Davies and featured are many of the swordsmen from the Peter Jackson films including Viggo Mortensen and Karl Urban and craftsmen from Weta Workshop. Tying the two franchises together is the swordsman and master stuntman who killed Obi-Wan Kenobi on screen, Bob Anderson.

Long un-credited as the blade choreographer, it was Anderson who gave the Darth Vader and Kenobi the action drama that spoke to all ages and cultures. It was Anderson who instructed the LOTR cast and planned the sword action in the film.

McNicoll spoke with TheOneRing.net to give us the lowdown on his film that appears in stores everywhere on July 7, but is available now at swordmovie.com, reclaimingtheblade.com and on iTunes.

TORn: Give people a big picture view of your movie.

DM: Well, its all about swords and sword related martial arts and fight choreography. I did an interview with a magazine and the woman I spoke with saw the film and she said, ‘You know, this is not your father’s documentary’. And I kind of liked that. I had a kind of sigh of relief because really we put a bit more into it; it’s not a dry documentary. We just tried to go epic with it. It’s kind of an epic journey with the sword covering history and looking at a lot of celebrities.

There is a lot of “Lord of the Rings,” stuff but in addition to that we have some great “Star Wars” stuff. We have Bob Anderson, the man who trained Mark Hamill in the original trilogy. Bob has worked with everyone from Errol Flynn to Johnny Depp. Bob is a bit of a legend.

TORN: How did this project start for you?

DM: I started writing a screenplay around the time that the Lord of the Rings films started coming out. I was doing some research about swords and sword fighting to just find out some historical background. When I went on the Internet I noticed there was a large number of groups calling themselves European martial arts groups. Martial arts to me had always seemed to be Asian martial arts and samurai blades. I was quite fascinated with all these groups in Europe and America and I thought, ‘You know this would make a great documentary.’

TORN: During this process, what surprised you? What came up that you didn’t expect?

DM: From the very beginning I had no idea it would take as long. I never knew it would grow so big. I think initially our ambitions for the film, they were a little bit more reserved. We didn’t go out saying we were going to try to get Viggo and John Rhys-Davies and all this but it just kind of grew on us.

It takes forever to make a film. It took us a while at least. We will be doing a lot of publicity this summer. Every step of the way seems to take longer than you think it would take. Even finding the story took a while. It really was a labor of love for three years. If you told me when I started that it would take three years I don’t know if I would have started.

TORN: I know you worked with some of the guys from Weta. What was the starting point? How did all of these things fall into place?

DM: We weren’t sure who was going to narrate it for a while. We thought maybe Liam Neeson was going to narrate it, I don’t think I have ever mentioned that to anybody. Eventually we came around to going with John Rhys-Davies. What was great about John, the main reason we picked him I think, is that he read the script and he really got it and enjoyed it and he seemed to really have enthusiasm for it. It turned out great to have him onboard.

Another big milestone for us was definitely Bob Anderson. Tracking him down was not easy. He is 80-plus years old and everyone I called, either they had no idea how to reach him or it was just a roadblock. Eventually we met him and gained his trust and I told him that I really wanted to make part of the film a tribute to his career.

TORN: What about Viggo Mortensen

I don’t know if you know this but he worked with Anderson on not only “The Lord of the Rings,” but a little film called “Alatriste,” who was sort of a Spanish freedom fighter. It is a tough film to get a hold of because they never released it here. Once we had Bob, you know Viggo is just a huge fan of his. He is a cool guy, he doesn’t really do things for money he does it if he thinks its cool and he thinks Bob Anderson is cool
TORN: John Rhys-Davies has been good to us at TheOneRing and he has a tremendous voice, were you able to spend a lot of time with him?

DM: Oh yea. He is a great guy and I am happy to say I am working on a couple of other projects with him. He is just a great artist and a very friendly person and a very generous person.

TORN: For his audio work, did you have the visuals put together first or does he go with the script and then you add the visuals? What is the process?

DM: That is a really good question. I love to talk about film making stuff. I am a filmmaker first. Basically, what I did, my narration was in there, not that we would keep it but to get a sense of the timing and a sense of the rhythm and flow of the film. I didn’t want to go into the studio with John Rhys-Davies and have him read a bunch of stuff we weren’t going to use or have to go back and call him. I really wanted to knock it out in one shot.

The words on a page don’t really come exactly the same when someone speaks them. The film was almost completely finished (When Rhys-Davies recorded.) It made his job easier of course but even on the day of recording, I have to tell you, we were still making little tweaks and John actually made a couple of changes. You know, minor things that really helped.

TORN: How much time were you able to spend with Bob Anderson?

DM: He is a lot less busy these days. He is not doing a lot of movies anymore. It seems like every movie he does he says that is the last one. He is another very generous person but these days he does have a bit more time. We met up with him at one of his homes so it was nice to relax. We were able to pick his brain for a bit. One line that Bob Anderson said that really stuck in my mind – it’s actually in the special features, we have on disc two about four hours of extra stuff – he said, ‘You know I don’t feel like I found the sword, I feel like the sword found me’. It was almost like he was destined to make these wonderful scenes like in “The Princess Bride,” It was something he was meant to do.

TORN: A film needs to be seen like a script or a book needs to be read. Who is this film for? Who is going to find and love this film?

DM: I hope the answer to that is everyone. Really anyone interested in an entertaining movie because from the beginning I wanted it to be entertaining, that was the biggest thing for me. I wanted to use music and the connections I have with the music industry that inspired me, something really engaging. I would hope on that level it’s really for anybody. I think our movie obviously has a draw to anybody interested in “The Lord of the Rings.” It is a wonderful film for anybody interested in that or “Star Wars.” Martial arts of course, the four-hour bonus disc has a lot of great stuff on it. Obviously there is some “making of,” stuff, there are extra interviews with Viggo talking about The Flame of the West and his sword. There is some great extra stuff on Weta Workshop that we couldn’t fit on the film. There is actually over an hours worth of videos, training videos for martial arts, even hand-to-hand stuff. If you have a bully you are dealing with, there is some excellent stuff on that.

We actually do another documentary on how to make a sword, from a block of steel to an actual sword. So if you are at all interested in history or swords; that is where we will find our audience.